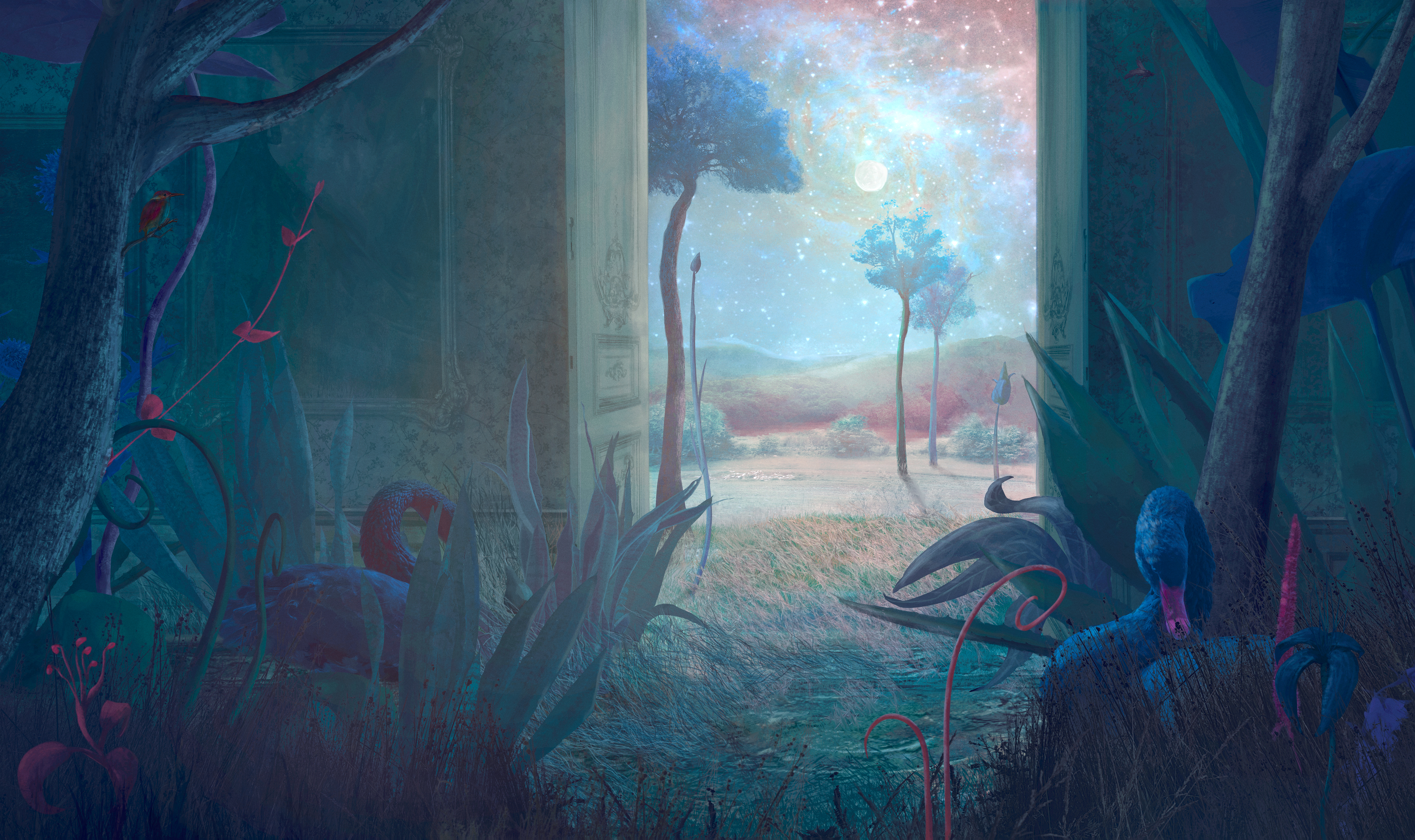 Room with a View
0xca…ee4e
Description

Time was unmoving since the woman last saw her heart, which had taken the form of a pear. It remained lost to her for so long that she scarcely recalled the feeling of having it. She had heard that the Black Swan had discovered her heart and, in possessing it, turned it into a vision of himself. At first, having an identical twin lessened his loneliness. He could talk to the vision and hear the echoes of himself, and he could pretend that he was no longer a solitary creature, but only for a short time.

One night the Black Swan opened the door and looked out at the horizon, holding the mountain light and the full moon on its back, a home where other black swans had once resided. He began to imagine a Swan Heaven, a place where he could be understood more deeply. Among the beauty of the stars and the outpouring of the universe, the dream came to him about leaving the palace and searching for his lost soul elsewhere. He mused about the Swan Heaven until he looked around and saw only his shadow. The magic of the pear-heart had dimmed for the Black Swan and he tired of the use of its enchantment. He abandoned the heart there in the room with the view where strange flowers grew.